Comparing two files is a common task. On my MacBook I use the FileMerge (opendiff) app, which is part of the XCode tool-set. However, there are times when I am at the Linux command line and need to compare two files. In this blog post I will show how to compare files at the command line and with the emacs and vim editors.

To start, here are two simple python files that I will compare:

The differences between the two file are:

The diff command compares files line by line. It is invoked as follows:

Let’s break down the output:

This is the “normal” output format of the diff command without any options. There are many ways to configure the diff output.

The colordiff command is invoked as follows:

The colour scheme used for highlighting can be changed. The file is located in /etc/colordiffrc but override it in ~/.colordiffrc. Alternate colour themes are available at https://github.com/daveewart/colordiff

The cmp command compares two files byte by byte. If the files are different then it reports the first byte and line number where they differ.

In this example a.txt is a prefix of b.txt.

To compare two files in the emacs editor use the following command:

Emacs will then provide prompts to enter the file names. At the resulting differences screen it provides you with the option to ‘Type ? for help’. This lists the commands for moving around, changing display features and manipulating the files. But briefly, to navigate through the changes use: 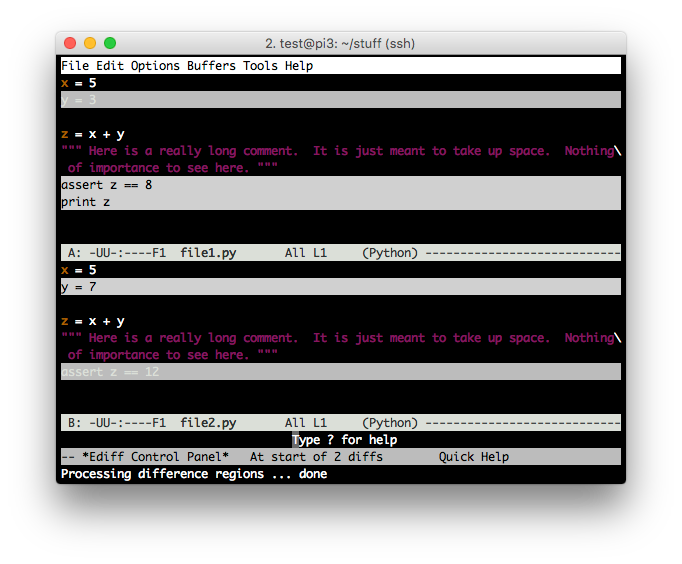 The vim editor lets you compare files too. Use the following command to view the differences using a side-by-side comparison: 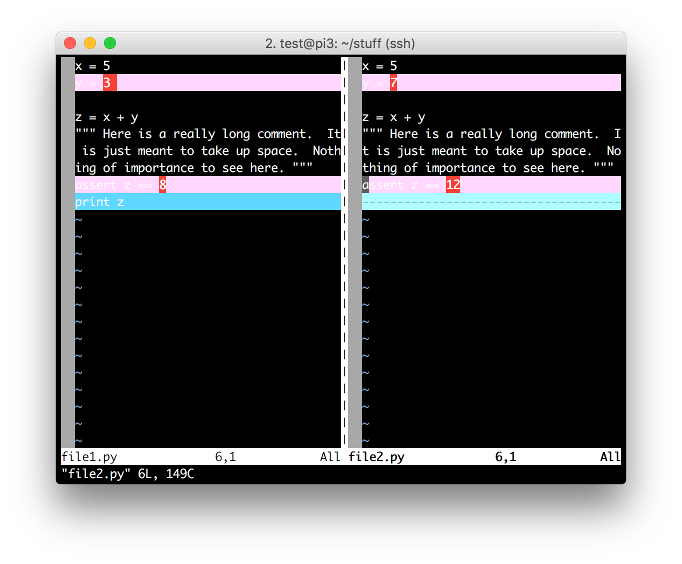 To view the differences using horizontal splits use the -o argument:

For either display option you can navigate the through the differences using these commands:

This was a very brief overview of how to compare files. Please see the references below for more details on each of the methods.